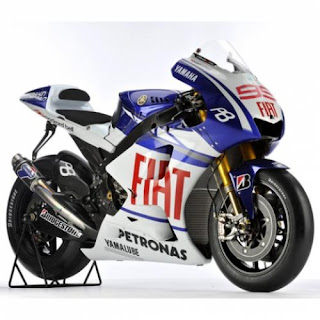 Here at Hart Motorsport we are expecting Jorge Lorenzo's 2010 Championship winning Yamaha M1 by Minichamps in stock next week. All previous Lorenzo models have sold out within a few weeks of being released and we expect the same for this model, especially as it is a Championship winning bike. As normal the model will be 1:12 scale, have removable engine covers, rolling rubber tyres, turning front wheel and a paddock stand. Also new from Minichamps next week will be the Lotus Renault R31 driven by V Petrov in the 2011 F1 Championship. New from Spark models we are expecting more stunning Audi R18 TDI Endurance cars, more Citroen DS3 WRC Cars a Porsche 917K from 1971 and Rene Arnoux's Renault RE20 as driven to victory in the 1980 Brazilian F1 grand prix. For pre ordering or details on any of our other models please don't hesitate to contact us via our store below.

www.hartmotorsport.co.uk
Posted by Hart Motorsport at 11:53