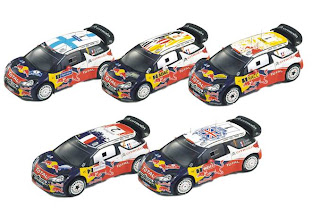 Due to the very low number of models that are being released we expect these models to sell out very fast. These models are available to pre order now and no deposit is needed. You will not need to pay for the models until they have been released and are here in stock. For more details please visit our store below.

www.hartmotorsport.co.uk
Posted by Hart Motorsport at 09:18