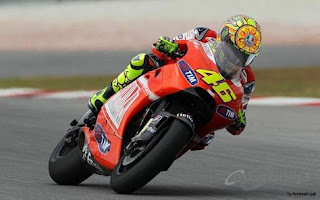 With the start of the new Moto GP season only a few days away Hart Motorsport are pleased to announce that Minichamps will be releasing a range of Valentino Rossi Ducati Models. Due towards the end of the year Minichamps will be producing three 1:12 scale Bikes plus two 1:12 scale figures. Announced so far are two black Ducati Test bikes and one rider figure from the winter test at Valencia in 2010 plus a 2011 Launch bike and figure. We are sure the combination of Rossi and Ducati will make these models one of the fastest selling replicas of the year. For pre orders or any further information please don't hesitate to contact us.
www.hartmotorsport.co.uk
Posted by Hart Motorsport at 15:18